Denzel Washington is a popular American actor of African descent. Go through the biography and explore his profile, childhood & Filmography. 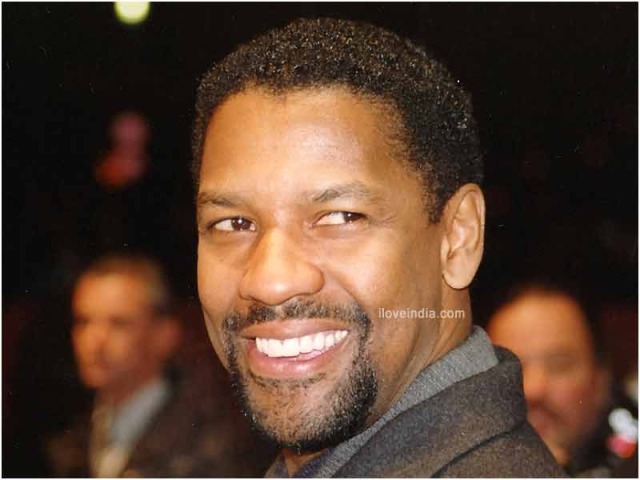 Denzel Washington is a renowned American actor cum director, who has been nominated several times for the prestigious Oscar Award for his versatility in acting. He began his career in acting by doing roles in popular television serials and went on to establish himself in Hollywood in 1981. Washington was regarded as the leading man of Hollywood in the mid 1990s, when he did a series of roles that received critical acclamation. The actor assumed the position of a director in 2002. Washington holds the record of being the first African American actor to be nominated for Oscars for the maximum number of times.

Childhood And Education
Denzel Washington was born to Lennis and Reverend Denzel on December 28, 1954 in Mount Vernon, in the vicinity of New York City. His mother, Lennis, ran a beauty parlor and his father, appointed as a Pentecostal minister, was an employee of the Water Department. Denzel did his schooling by switching over from one school to the another.
Primarily, he was sent to Pennington-Grimes Elementary School in Mount Vernon in 1968, when he was fourteen years old. Later on, he was enrolled into the Oakland Military Academy, in New Windsor in New York State. From 1970-71, he attended Mainland High School located in Daytona Beach, Florida. Denzel Washington graduated from Fordham University in 1977, with a Bachelor Of Arts degree (in Drama and Journalism).
Career Prior To Acting
While he was undergraduate, Denzel Washington acquired training in basketball from Coach P.J. Caresimo. Meanwhile, Washington worked as a counselor at an overnight summer camp named ‘Camp Sloan YMCA’ in Lakeville CT. He took part in a staff talent show that was arranged for the campers. After noticing his talent in the competition, Washington’s colleague suggested him to try his luck in acting. He took his suggestion seriously and joined the Lincoln Center campus to study acting. At the completion of graduation, he was awarded a scholarship to attend the American Conservatory Theatre in San Francisco. After spending a year at the University, Denzel Washington returned to New York to pursue career in acting.
As An Actor
Denzel Washington chose acting as his profession and made his debut in the small screen in 1977, in the television show “Wilma”. He made his entry to Hollywood with a role in film “Carbon Copy” (1981). He appeared in the popular television drama “St. Elsewhere” from 1982 to 1988, which gave him appreciation and recognition. After doing small roles in a number of television serials, film and stage, Washington starred in “Cry Freedom” (1987), for which he was nominated for the Academy Award. The film “Glory” (1989) fetched him his first Oscar Award. Thereafter, he did a few notable roles, for which he received accolade from the critics and the audience.
One of the critically acclaimed roles played by Denzel Washington was that of a Black Nationalist leader in the blockbuster movie “Malcolm X” (1992), for which he received a nomination for Oscar. This film proved to be the turning point in the career of Washington. He came to be known as one of the veteran actors and the leading man of Hollywood in the early and late 1990s. After establishing himself in the industry, he decided to make wise choice of roles and avoided being typecast. Hence, he chose varied roles in different genre. He acted in several successful including “The Pelican Brief” (1993), “Crimson Tide” (1995) and “The Preacher's Wife” (1996).
As A Director
At the advent of the new millennium, Denzel Washington allured his fans with his role in the blockbuster film - “Remember the Titans” in 2000. His next film “Training Day” (2001) was a thriller, for which he won Oscar for Best Actor. The films following it were mostly thriller, most of which scored well at the box office. His first directorial venture was “Antwone Fisher” released in 2002, which reviewed by the critics as a good drama film. From 2003 to 2004, he acted in thrillers including “Out of Time” and “Man on Fire”. The second film directed by him was “The Great Debaters”, which hit the silver screens in 2007.
Personal Life
Denzel Washington is married to Pauletta Pearson, with whom he tied the wedding knot in 1983. They renewed their marriage vows in 1995 at a ceremony held in South Africa, officiated by Archbishop Desmond Tutu. The couple has four children - John David, Katia and twins Olivia and Malcolm.
Awards
Filmography
How to Cite