Though small in size, Darjeeling still impresses its visitors by its splendid tourist attractions. Read on explore the places to see in Darjeeling.

Situated in the Shivalik Hills, on the lower range of the Himalayas, Darjeeling is one of the few places in India that compel one to fall in love with their beauty. Tucked away in the state of West Bengal, this serene hill resort used to serve as the summer retreat of the British, during the colonial era. No wonder, one can still find the traces of British era within its periphery. The rolling hills around Darjeeling, full of tea plantations and green sparkle, have made it famous the world over. Infact, the ‘Muscatel Tea’ grown here is exported to various countries of the world. With verdant greenery, undulating slopes, exotic flora and fauna, blooming orchids and breathtaking scenery, Darjeeling never fails to impress! 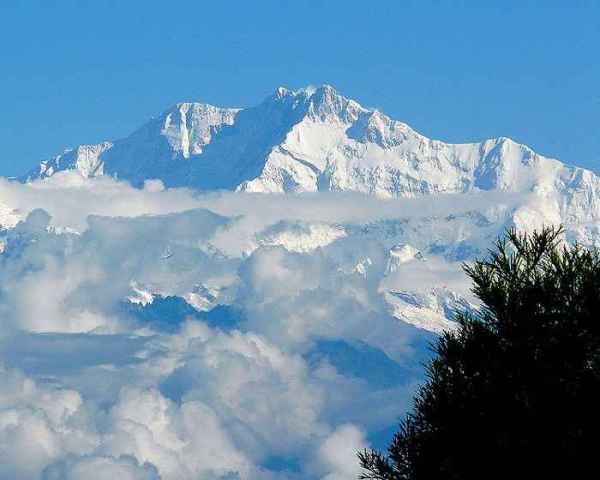 Image: By Partha Sarathi Sahana [CC-BY-2.0 (http://creativecommons.org/licenses/by/2.0)], via Wikimedia Commons
Darjeeling Tourist Attractions
Though the mesmerizing beauty of Darjeeling is enough to lure tourists from far and wide, the hill resort also boasts of a number of places that are definitely worth seeing.
Ghoom
Ghoom is the name given to a small hillock in Darjeeling, which rises to an altitude of around 2,400 m. The importance of the hill arises from the fact that it harbors one of the most popular monasteries of the hill resort, Ghoom Gompa (or Yogachoeling Gompa), apart from being home to Samdenchoeling Gompa, Sakyachoeling Gompa and Phin Sotholing Gompa.
Tiger Hill
A visit to Darjeeling without looking at the sunrise or sunset from the Tiger Hill is surely incomplete. Perched at a height of approximately 2590 m, the view point on top of the Tiger Hill never fails to spellbind the visitors. The sight of sunrays falling over the snow-capped peaks, glistening their surface, makes you feel as if you have reached heaven. On a clear day, you might also get a view of the massive Mt Everest from here.
Tea Gardens
Darjeeling is known for its flourishing tea gardens, which are credited with producing some of the world’s best tea. A walk around the tea gardens, amidst lush greenery and exotic aroma of tea plants, is the perfect way to relax and forget all your tensions and worries. If you are interested in knowing how the tea is made, visit any of tea factories and be witness to the amazing process.
Observatory Hill
Observatory Hill is said to be the oldest site in Darjeeling. In the past, the hill used to house an ancient Buddhist monastery known as Dorje Ling. However, it was destroyed by Nepalis in the 19th century. Today, the same site stands adorned with a temple, visited by Buddhists as well as Hindus.
Chowrasta
Considered as the nucleus of commercial activities in Darjeeling, Chowrasta stands in the middle of the hill resort. The place is full of shops and vendors selling a wide range of items, right from local handicrafts and tribal ornaments to brass statues, woolen garments and Gorkha daggers. Whether you want to buy a gift or a souvenir, this is the place to be.
Padmaja Naidu Himalayan Zoological Park
All the nature lovers out there, who love to explore the various riches offered by Mother Earth, should definitely plan a trip to Padmaja Naidu Himalayan Zoological Park, when in Darjeeling. Set up way back in 1958, the park is one of the best places to discover the rich wildlife of Himalayas. Amongst its popular attractions areSiberian Tiger, Tibetan Wolf, Red Panda and numerous birds.
Himalayan Mountaineering Institute (HMI) and Museums
Situated in the outskirts of Darjeeling, around 2 km away from the main town, is the Himalayan Mountaineering Institute (HMI). Established by Prime Minister Jawaharlal Nehru in 1954, after the conquest of the Mount Everest, this institute continues to offer courses in mountaineering. The museums situated within its premises proudly exhibits specimens of Himalayan wildlife and antique mountaineering equipments.
Best Time to Visit
The best time to visit Darjeeling is during the months of April to June and September to December. During this time, the weather conditions are at their best, for roaming around the place as well as for indulging in various adventure sports.
Accommodation
There is no dearth of accommodation options in Darjeeling. The numerous hotels in the hill resort promise to provide a comfortable stay. Whether you want to stay in the lap of luxury or want to economize on accommodation, Darjeeling hotels will take care of your needs. Right from heritage hotels to budget hotels, the hill resort has it all.
How to Reach
By Air
Bagdogra Airport, situated at a distance of around 90 km from Darjeeling, will be your stop if you want to reach the hill resort by air.
By Rail
The railway station of New Jalpaiguri / Siliguri will be the most convenient railhead for reaching Darjeeling by train.

By Road
Motorable roads, in good conditions, connect Darjeeling with all the major cities in and around West Bengal.