Having a flawless skin is something not everyone is blessed with. As such, most of us are prone to one or the other skin problem. Read this article to know some of the common skin disorders.

A skin problem is much like cough and cold. Just like we ignore cold and usually do not follow a prescribed medication to cure it, similarly we tend to ignore our skin and its problems until it turns into something really serious. Skin is one of the most sensitive parts of the human body. It is made up of several layers and thus, requires proper treatment both internally as well as externally. While some people take care of the exterior surface of skin, they tend to forget to take care of the interior nourishment, consequently leading to a number of diseases. Though a lot depends upon the surroundings that we live in, the quality of the human skin is also dependant upon our daily diet. Skin diseases are varied. They may range from harmless rashes to severe problems. Therefore, the treatment of skin diseases also varies according to the problem. Some of the most common skin problems have been given below. 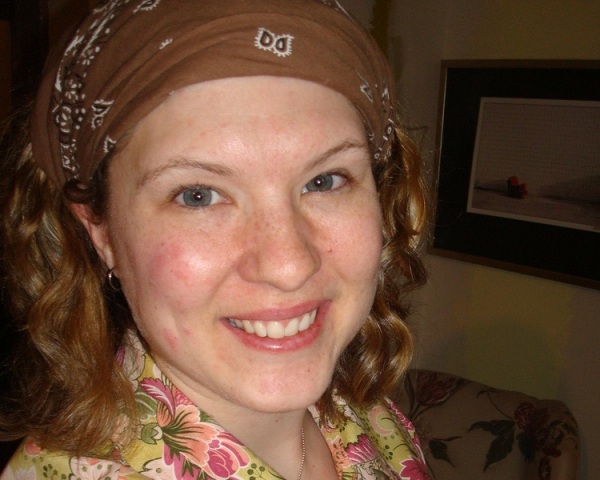 Image: [email protected]
Common Skin Problems
Atopic Dermatitis or Eczema
Eczema is a chronic skin disorder which is accompanied by itchy scaly rashes that lead to inflammation of the skin’s surface. Eczema is hereditary. The rashes may occur on the face, hands or leg flexures. Eczema is seen in people of different ages. The severity of the rashes decreases as one grows old.
Acne
Acne or pimples is one of the most common skin problems normally seen in teenagers. The pimples which occur in the form of pustules, papules, cysts or even blackheads and whiteheads are caused by the excessive production of androgen hormones in adolescence. The androgen hormones facilitate excess production of oil from sebaceous glands. It is the sebum which leads to acne on the skin’s surface.
Nappy Rash or Diaper Rash
Nappy rash is accompanied by skin inflammations in the nappy area of a toddler. The feces and urine that the baby excretes in the diaper are the reasons behind increased nappy rash. It is always advisable to keep a baby’s diaper clean at all times to prevent rashes.
Dermatomyositis
Rashes in dermatomyositis lead to muscle immobility. The muscles become weak and stiff and therefore, it becomes difficult for the person to move. Dermatomyositis is also accompanied by joint pains and a red-purple coloring of the skin, especially on the skin above the eyelids.
Seborrhoeic Dermatitis
This skin problem usually occurs in hair bearing regions of the body. Inflammation is seen on the head, underarms and beard in men. This problem is also seen in newborn babies. Inflammation occurs in the form of red and scaly rashes.
Mouth Ulcers
These occur inside the mouth in the form of open sores. Though the mouth cankers are not very serious, they are extremely painful. Mouth cankers are caused because of the deficiency of vitamin B in the body. The infected area looks red and swollen.
Psoriasis
The symptom of this skin disease is a red scaly rash on the skin of knees and elbows. Psoriasis can be quite irritating because it is accompanied with continuous itching. The direct effect of psoriasis is soft fragile toe and finger nails. This skin disorder is hereditary by nature.
Rosacea
This skin problem occurs only on the face of a person. It is characterized by a swelling or acne-like eruption on the skin of cheeks, nose, forehead and even eyelids. Rosacea is also chronic and may affect a person throughout his life.
Warts
Wart is a viral infection of the skin that occurs in the form of open lesions on hands and legs, especially in areas which are injured or wounded. Warts are very common and are painful only if they form on the sole of a person’s feet.
Cold Sore
As the name suggests, this is a viral infection that occurs during winters. It manifests in the form of blisters in the cold season on the skin near the lips. The cold sore also leads to swelling of gums and causes redness to the eye.
These are some of the common skin disorders that people are often affected with.
How to Cite