Budapest, the capital of Hungary, houses a large number of tourist attractions. Read the article and explore the places to see and things to do in Budapest. 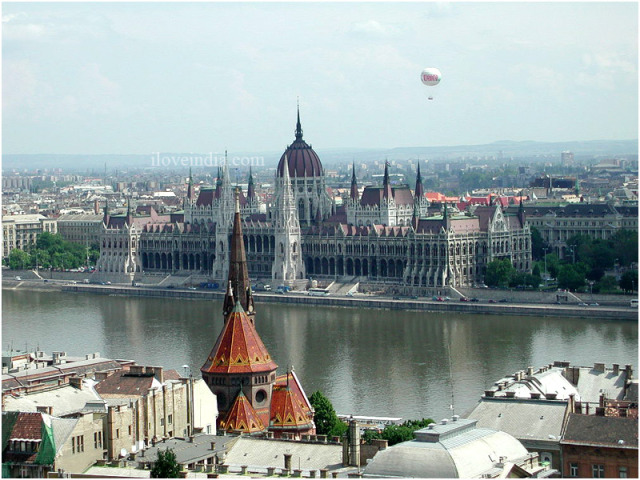 Language: Hungarian, German, English, French, Russian, Turkish
Best Time to Visit: Throughout the Year
Time Zone: UTC+1/+2
Driving Side: Right Side
Main Attractions: Saint Stephen’s Basilica, Vajdahunyad Castle, Dohány Street Synagogue, Széchenyi Bath, Parliament Building, Hungarian National Museum
Budapest, the capital of Hungary, is one of the most visited tourist destinations in the world. The political, cultural, commercial, industrial, and transportation center of Hungary, it became a single city after the unification of Buda and Pest, situated on right and left bank of Danube River, respectively. One of the most beautiful cities in Europe, Budapest is home to a large number of tourist attractions. The city houses the largest synagogue of Europe (Dohány Street Synagogue), largest medicinal bath of Europe (Széchenyi Medicinal Bath) and the third largest Parliament building in the world. Read on to know more about the places to see and things to do in Budapest.
Monuments
Vajdahunyad Castle, situated on the Széchenyi Island, is a group of copies of parts of the famous historic buildings of Hungary. Budapest is also home to Dohány Street Synagogue, the largest synagogue in Europe. It was designed by Ludwig Förster and its construction lasted from 1854 to 1859. Then, there is Eclectic Parliament Building; situated along the Danube Bank, spreading over an area of 17,000 sq m. Buda Castle is a World Heritage Site, which comprises of the Royal Palace within its boundaries. Citadel and Chain Bridge, the 2nd permanent bridge to be built over Danube, are the other most visited sights.
Churches
The largest church in Budapest, Saint Stephen’s Basilica was built as per Classical style, between 1851 and 1905. It houses the mummified right hand of King Saint Stephen, the first monarch of Hungary. Matthias Church is another magnificent church in the city, which was built in phases. Its early parts date back to somewhere between the 13th and 15th centuries. Cave Chapel of Budapest is a unique grotto chapel, situated on Gellert Hill, overlooking Liberty Bridge. Then, there is Esztergom Basilica, the third largest church in Europe and the biggest basilica (church) of Central Europe, situated near Budapest.
Museums
If you wish to explore the rich culture of Budapest, museums are where you should go. National Gallery houses a rich collection of paintings and sculptures, with a few of them dating back to the early 16th century. If history is what intrigues you, Hungarian National Museum, exhibiting archaeological, historical, numismatic and fine art objects, is the best bet. While Museum of Fine Arts is another place to view art objects, Palace of Miracles’ Exhibition is an interactive scientific exhibition and education centre. Railway Museum, Aquincum Museum and Ruin Park and House of Terror Museum are other museums worth visiting.
Thermal Baths
Budapest boasts of being home to a number of natural springs of thermal waters. These springs are believed to have medicinal properties and supply water to thermal baths of the city. One of the most popular thermal baths of Budapest is Gellért Bath, which dates back to as far back as the 13th century. Then, there is Király Bath, built in 1565, providing you a glimpse of the Ottoman bathing culture. Lukács Bath is a relatively modern bath, with roots going back to the Turkish period. Széchenyi Bath is one of the biggest bathing complexes in Europe and was discovered around 1879.
Islands
Danube River, which separates the towns of Buda and Pest, is home to as many as seven islands. Margit-sziget lies between Margaret Bridge (south) and Árpád Bridge (north) and houses dance clubs, swimming pools, an Aqua park, athletic and fitness centers and bicycle and running tracks. While Csepel-sziget is the largest island on Danube, Hajógyári-sziget is an artificial island. The latter plays host to activities like wake-boarding and jet-skiing, along with dance clubs and the Sziget Festival. Palotai-sziget, Népsziget, Háros-sziget and Molnár-sziget are the other four islands on the river.
Entertainment
When it comes to entertainment, you will find no dearth of options in Budapest. Hungarian State Opera House is not only known for its exquisite architecture, but also for the annual Opera Ball that takes place here. The Vigado of Pest is another venue known for entertainment. It hosts interesting events and also has a gallery and a concert and theatre hall. Downtown Budapest is the place where you will find theaters, cinemas, bars, clubs, dance halls and discotheques. Gerbeaud Café, the Százéves, Biarritz, Fortuna, Alabárdos, Arany Szarvas, Kárpátia and Mátyás Pince Restaurants are the best places for dining.
Shopping
When you come to Budapest, be sure that you will not go back empty handed. The numerous shopping malls in the city promise to cater to your each and every requirement. West End City Center houses around 400 shops and, being close to Nyugati Train Station, is easily accessible. Árkád is the place where you will find fashion stores, designer shops, drugstores, bookshops and supermarkets. Pólus Center is the second largest shopping mall in Budapest and houses restaurants, pubs, cafés and a multiplex. Mammut, Mammut II, MOM Park, Duna Plaza, Campona, Lurdy Ház and Eurocenter Óbuda are some other malls in the city. 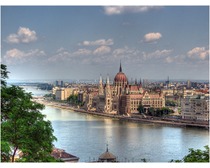 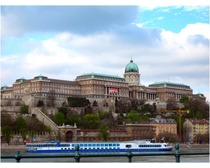