Looking for a holiday destination? Nothing can be as appealing for the eyes as the white sandy beaches & the exotic landscape of Aruba. Explore the tourist attraction places & things to do in Aruba.

Things To Do In Aruba 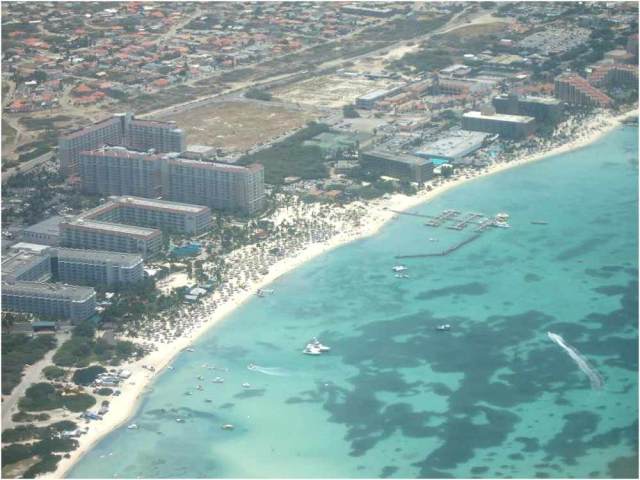 Language: Dutch
Best Time to Visit: Mid-December, Mid-April
Time Zone: AST (UTC-04)
Driving Side: Right
Main Attractions: Spanish gold mines, Arikok National Park, Wreck diving, California lighthouse, Charlie’s bar, Atlantis submarine tour, Colonial architecture of Oranjestad, Morgan’s island water park, Butterfly farm.
Aruba is a beautiful stretch island of about 33 kms of the Lesser Antilles in the southern Caribbean Sea, 27 km of the coast of Venezuela. Aruba, along with Bonaire and Curacao, forms a group known as ‘ABC’ island of the Leeward Antilles. Aruba is among the three countries that form the kingdom of Netherlands. It is a country with no administrative subdivisions. The people in Aruba speak Dutch. Aruba’s dry and arid climate and its mystic shores have made it a land flooded with tourist all year long. It is now becoming one of the luxury holiday destinations of the Caribbean. The island’s powder white sand beaches forms the main USP (unique selling point) of the place. It is a lifetime experience for any tourist to swim in the cobalt-blue crystal water of the island. Apart from the turquoise water that forms the main tourist attraction, Aruba islands provide a number of activities for the tourists. Also, there are many historical and culturally relevant places to see in Aruba. Read on to explore the main tourist attraction places in Aruba.
Aruba Tourist Attractions
Treasure Hunt
Love to go on a long drive? Nothing can be more adventurous than to experience off-road jeep safari across the desert-like landscape of Aruba that takes you through the cacti forests. You can also take up an off-road Tom car tour and explore the treasures in the 18th century Spanish gold mines. Apart from that, you can admire and appreciate the natural bridges and the magnificent views stretching till Venezuela. After a day’s long adventurous journey, take a dip in the crystal waters of the Baby Beach and rejuvenate your senses.
Untouched Environs
Arikok National Park which forms the 20% of the island’s landmass is a must visit place in Aruba. The national park gives you an insight into the picturesque flora and fauna and a number of indigenous species of wildlife that portray the rich, unique tropical-desert climate of Aruba. You will also get an opportunity to step on the historical Fontein and Quadarikiri caves, featuring ancient Indian paintings. Just go on and explore the untouched and unscathed beauty and get your eyes rolling!
Underwater Voyage
Take a wreck dive into the Caribbean and unwind the secrets from the line of history. Aruba is famous as a snorkeling destination of the Caribbean and has earned a reputation of engulfing a dozen of wrecks submerged underwater, including the spectacular 400 ft German-freighter Antilla, from the 2nd World War, which was also the largest shipwreck in the Caribbean. Once you have explored the pages of history, go on and experience the exotic sea life, by visiting the protected western and southern coast of the Caribbean!
Californian’s Fate
The California lighthouse is a scenic trademark, which holds a history of its own. The lighthouse is named after a ship called ‘Californian’, which received distress signals from ‘Titanic’ that went down in 1912. The radio operator of Californian was off duty at the time of disaster. This bad record sealed the fate of the ship, which went down in rough seas off the shore of Aruba, a few years later. The ship, today, is the popular dive site. The area around the lighthouse is quite popular for dune surfing.
Bibulous Paradise
Another historically marked place to visit in Aruba is the ‘Charlie’s Bar’. The bar stands strong since 1914 and has survived Nazi torpedoes and many economic recessions. The Charlie bar is located in San Nicolas, Aruba’s second largest city. Quench your thirst after a daylong travel with an icy bottle of Balashi - Aruba’s own beer, or the very famous cocktail ‘Ariba Aruba’!
Understanding Marine
Get an opportunity to watch closely the marine life in Aruba in the Atlantis Submarine tour. Get down to 130 ft and experience the breathtaking and astonishing underwater vistas. You can capture the bright and colorful coral reef, which is home to the historical wrecks and an opus of tropical fish.
Oranjestad - The Shopper’s Den
One place you should not miss when in Aruba is the tax free shopping destination, the beautiful capital of Aruba ‘Oranjestad’. The capital is famous for its colonial architecture, and is the best destination for shopaholics to fill their bags with souvenirs, mementos and keepsakes. Take full advantage of Aruba’s duty free status and pick up few exotic designer bargains for your friends at home!
Kid’s Day Out
If you’re out with kids, a visit to the Morgan’s island water park, the biggest water park in whole of Caribbean, or rather in whole of Latin America, is a must on the itinerary. It is the wettest and the newest tourist attraction. People of all age groups can enjoy in this adventure zone. The water park offers many aquatic adventure rides, including a dual slide dubbed Dragon Revenge and the second tallest waterslide in the world.
Butterfly Farm
If colors fascinate you, then head to the butterfly farm and get intrigued by the plethora of hues and shades dominating the scene. The butterfly farm is a tropical garden teeming with butterflies from all over the globe. It will be an unforgettable experience, as you would get an opportunity to meet few of the most colorful creatures on the planet. You can observe and learn about life cycle of these fascinating creatures. 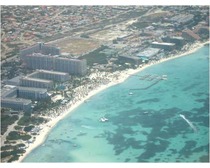 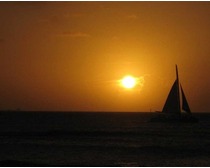