Sony, yet again proved and acclaimed itself, to be the masters of technology for TVs. Get information on complete range of LCD TVs by Sony, under the brand BRAVIA.

Until 2005, Sony popularized the high-end LCD TVs under the logo ‘LCD WEGA’, but as and when it was changed to Bravia, a complete new tradition embarked. Today, Bravia is recognized at par Sony’s Trinitron brand. It is the result of 36 years of expertise and innovation in TV, by one of the most comprehensive entertainment companies in the world. Stands for “Best Resolution Audio Visual Integrated Architecture”, Bravia LCD TVs have WEGA Engine technology to offer excellent picture quality. 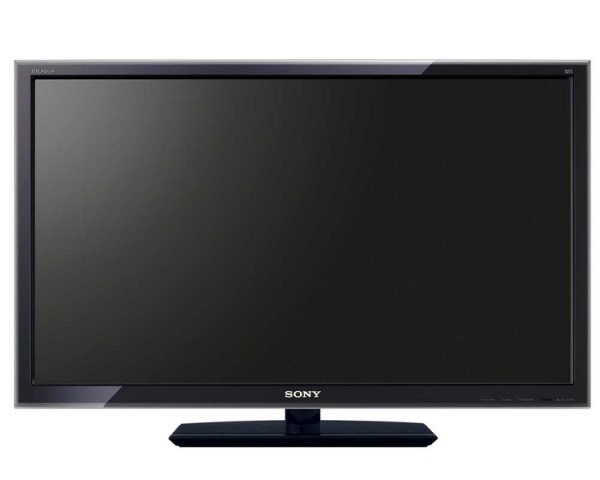 They also ensure to deliver superb sound clarity in fact original sound quality while reducing any sound fragmentation by means of S-master Full Digital Amplifier. The wide screen mode available in the set would facilitate you to watch 4:3 normal broadcasts. Sony has made Bravia stylish by employing invisible speakers, which is moreover space-saving. Sony, of late, has declared further additions to the Bravia series, together with latest models in sizes ranging from 26 inches up to 46 inches. Have a look on the statistics of Sony Bravia Series.
Bravia S Series
S-series Bravia is the entry level model by Sony. Resembling other Bravia models, it also has Super Vertical Pattern Alignment (SPVA) - a feature which offers much greater picture integrity over a wider viewing angle. With support for 1080i and 720p, these models are HD-ready while accompanied by digital tuners and HDMI input. S series Bravia come in 26, 32, 40 and 46-inch models, although the 26in model doesn’t have the 7th generation LCD panel that others have. Each screen of this series can exhibit HDTV pictures at up to 1080i.
Bravia V Series
Bravia V Series is a step beyond the S series. With an integrated Freeview tuner, the LCDs in V series come in 32, 40 and 46-inch models. Resembling X series, this too, features new color-range extending backlight - WCG CCFL (Wide Color Gamut Cold Cathode Fluorescent Lamp) that was also used in Sony’s Trinitron CRTs. As a result, you can see better reds and greens, while enjoying the true colors of nature in front of yourself. 178° viewing angle, 8ms response time and 1300:1 contrast ratio, are some of the other features of the V series' screens.
Bravia W Series
The W-series Bravia is available in 40 and 46-inch sizes. Encompassing Full HD 1920x1080p with 2 HDMI inputs, it has been designed to perform better amidst the given contributions like Playstation 3 of Sony. Inputs like 2 HDMI, 2 component video input and 3 Scarts, ensure better connectivity of W series.
Bravia X Series
Topping the entire Bravia range, X-series claim to support 1080p accompanied by dual HDMI inputs. These screens comprise integrated speakers and Dolby Pro Logic II Virtual Surround digital signal processing. BBE further enhances the sound quality by reducing noise. This flagship LCD by Sony has better Bravia EX Engine, which has been specially designed for the X series full 'HD' resolution. Similar to the W series, it has 3 scarts, 2 HDMI and 2 component video inputs.
How to Cite