Raveena Tandon is one of the most known Bollywood actresses of the 1990s. Go through this biography and get details about the childhood and profile of Raveena Tandon. 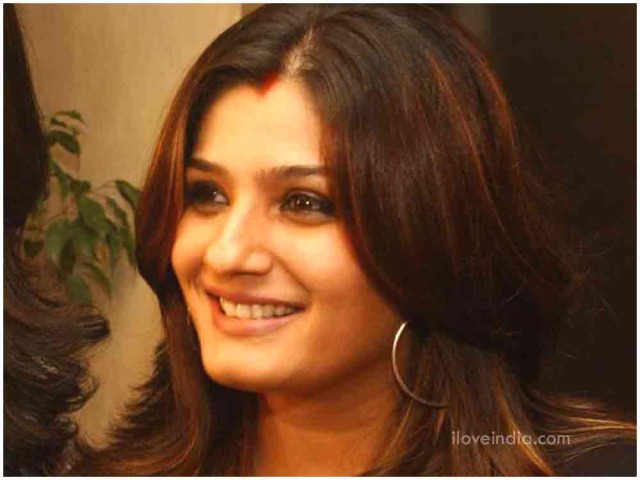 Born in: Mumbai, Maharashtra
Nationality: Indian
Career: Actress, Producer, Former Model
Raveena Tandon is one of those Bollywood actresses who have managed to establish a name for themselves in the industry. A former model, she has also acted in Tamil, Telugu and Kannada films and is even involved in production. Tandon made her debut in Bollywood in 1991, with the film ‘Patthar Ke Phool’. Her first film won her the Filmfare Lux New Face Award. After being part of many successful commercial films, in the 1990s, she moved on to the art and parallel cinema and won the National Film Award, for Best Actress, for her performance in ‘Daman: A Victim of Marital Violence’ (2001).
Childhood and Early Life
Raveena Tandon was born on 26th October 1974, in Mumbai, Maharashtra. She is the daughter of filmmaker Ravi Tandon and his wife Veena. After completing her schooling, from Jamnabai Narsee School in Juhu, Tandon enrolled herself at Mithibai College. She completed her first and second years at the college. However, while she was still working as an intern, she received her first film offer from Shantanu Sheorey. She accepted the offer and dropped out of college. From there on, began her journey as a film actress.
Career
Raveena Tandon debuted in Bollywood with Anant Balani’s ‘Patthar Ke Phool’ (1991), opposite Salman Khan. The film won her the first Filmfare Award of her career, ‘Filmfare Lux New Face Award’. The next year, she was seen in Parampara, while 1993 saw her starring in movies like ‘Ek Hi Raasta’, ‘Divya Shakti’ and ‘Pehla Nasha’. However, none of them provide to be too successful at the box office. The next major films came Tandon’s way in the form of ‘Mohra’ (1994) and ‘Dilwale’ (1994).
In the year 1994, she was also seen in ‘Laadla’, which, though not a huge hit, got her a Filmfare nomination as Best Supporting Actress. ‘Zamane Se Kya Darna’, ‘Insaniyat’, ‘Aatish’, ‘Andaz Apna Apna’, ‘Imtihaan’, ‘Main Khiladi Tu Anari’ and ‘Saadu’ were her other films that released the same year. In 1995, Tandon was paired with Shahrukh Khan for the first time, in the movie ‘Zamana Deewana’. However, it remained unsuccessful at the box office. None of her subsequent films of the year did well.
In 1996, Tandon found a hit in the form of ‘Khiladiyon Ka Khiladi’, which was followed by the success of ‘Ziddi’ (1997). Amongst her eight releases lined up for 1998, ‘Bade Miyan Chote Miyan’ was the most successful. Other movies that she did that year were ‘Gharwali Baharwali’, ‘Vinashak’, ‘Pardesi Babu’ and ‘Aunty No. 1’, all of which failed to make a mark at the box office. She was also offered the second lead in ‘Kuch Kuch Hota Hai’, but turned it down. The film went on to become the biggest hit of 1998.
The 2000s saw Tandon leaving the arena of commercial cinema and moving towards art film directors and realistic cinema. In 1999, she did E. Nivas’ critically acclaimed ‘Shool’, with Manoj Bajpai. This was followed by her performance in ‘Bulandi’ (2000) and ‘Aks’ (2001), with her performance being appreciated in both of them. The latter one also got Tandon Filmfare Special Performance Award, along with Star Screen Award for Best Supporting Actress, Bollywood Movie Award for Best Supporting Actress and Bollywood Movie Critics Award, Female.
In 2001, she also did Kalpana Lazmi's ‘Daman: A Victim of Marital Violence’. Touted be one of her best performances ever, the movie bagged her National Film Award, for Best Actress. This was followed by other critically acclaimed films, like ‘Satta’ (2003) and ‘Dobara’ (2004). Tandon was last seen in a commercial film ‘Sandwich’ (2006), with Govinda. She has also ventured into production with films like ‘Stumped’ (2003) and ‘Pehchaan: The Face of Truth’ (2005), neither of which turned out to be box office successes.
Personal Life
Raveena Tandon adopted two children, Pooja and Chhaya in the 1990s, when she was till single. Somewhere around 1997, she dated Akshay Kumar. However, the relationship did not last long. She met film distributor Anil Thadani during the making of her film Stumped (2003). They got engaged in November 2003 and on 22nd February 2004; the couple had their wedding at Jag Mandir Palace, in Udaipur, Rajasthan. They had a baby girl, Rasha, on 16th March 2005 and a baby boy on 12th July 2007. Tandon has a brother called Rajiv Tandon and her cousin Kiran Rathod is a popular South Indian actress.
Awards
1992: Filmfare Lux New Face Award, Patthar Ke Phool
2002: Bengal Film Journalists' Association Awards Best Supporting Actress, Aks
2002: National Film Award for Best Actress, Daman: A Victim of Marital Violence
2002: Filmfare Special Performance Award, Aks
2002: Star Screen Award Best Supporting Actress, Aks
2002: Bollywood Movie Award - Best Supporting Actress, Aks
2002: Bollywood Movie Award - Critics Award Female, Aks
Filmography
1991 - Patthar Ke Phool
1992 - Parampara
1993 - Ek Hi Raasta, Divya Shakti, Pehla Nasha
1994 - Zamane Se Kya Darna, Laadla, Insaniyat, Dilwale, Aatish, Andaz Apna Apna, Mohra, Imtihaan, Main Khiladi Tu Anari, Saadu
1995 - Zamana Deewana, Saajan Ki Baahon Mein
1996 - Rakshak (Special Appearance), Ek Anari Do Khiladi, Vijeta, Khiladiyon Ka Khiladi
1997 - Ghulam-E-Musthafa, Dus, Ziddi, Daava
1998 - Gharwali Baharwali, Vinashak - Destroyer, Keemat: They Are Back, Salaakhen, Aunty No. 1, Dulhe Raja, Barood, Bade Miyan Chote Miyan, Pardesi Babu
1999 - Shool
2000 - Anjaane, Bulandi, Khauff (Special Appearance), Ghaath (Special Appearance)
2001 - Daman: A Victim of Marital Violence, Aks, Akasa Veedhilo (Telugu film), Aalavandhan (Tamil film)
2002 - Agni Varsha, Ankhiyon Se Goli Maare, Soch
2003 - Ek Hindustani, Satta, Pran Jaaye Par Shaan Na Jaaye, Stumped, Qayamat: City Under Threat, LOC Kargil
2004 - Jaago, Yeh Lamhe Judaai Ke, Police Force: An Inside Story, Aan: Men at Work, Dobara, Ek Se Badhkar Ek
2005 - Pehchaan: The Face of Truth
2006 - Sandwich
How to Cite