Bandog dog is a Mastiff-type dog, which is native to England and widely reputed to be the perfect protection dog. Explore the article to know more about this dog breed. 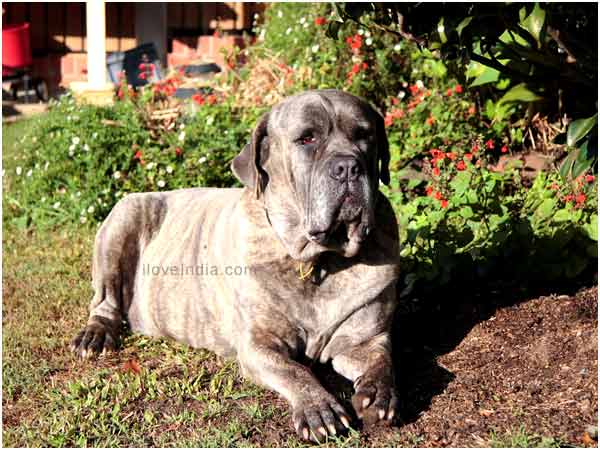 Height: 25-29 inches
Weight: 38-63 kg
Coat: Short, close and medium fine
Bandog is a mastiff-type dog, which originated in Middle England around 1250-1300. The dog was held with a chain during the day time and released at night, to guard against the intruders. It is believed by many that these dogs are just the ideal protection and working class guard dogs. Bandog dogs have a reputation of being aggressive and fearless. These dogs have also earned the repute of being one of the best pet dogs, as they can even sacrifice their own life, to protect their master’s. They have a lifespan of around 10 years. Read on to know more about this dog breed.
History
The ancestry of Bandog dog breed can be traced to Molosser dogs. They have descended from the cross-breeding of Pit Bulls, Bull Bating Mastiffs, Guardian Mastiffs and Rottweilers. In William Harrison's description of England in the 1580’s, Bandog dogs have been described as large, ugly, stubborn and ferocious. It is believed that the word "Bandogge" found its origin in the use of strong bonds and chains to secure these fierce dogs.
Appearance
Bandog dogs may have different weight, height and appearance. The looks of the dog may vary and it may look like a compact Mastiff or a giant American Pit Bull Terrier. It has a well-proportioned and symmetrical body, with a massive head and a broad skull. The strong muzzle of the dog can be medium to long in length, depending on the strain. The neck is strong and muscular, which sits well on broad shoulders of the dog. This dog species is known for possessing a powerful and heavy chest. Mostly Bandog dogs have black eyes, but an eye color similar to the coat is also observed in some of them. The common coat colors include brindle, sandy gray, yellowish, fawn, golden-fawn, black and red.
Temperament
Bandog dog breed has been bred for the specific purpose of protection. Known for their ferocious and fearless temperament, these dogs are also used for illegal dog-fighting games. They usually remain calm, but can turn aggressive on provocation or when they perceive a threat to the family and its property. The dog is not known to issue a warning before attacking, as it barks less. Bandog dogs immediately pounce on the seeming enemy. These dogs have an even disposition, which makes them outstanding home companions. They are devoted, loyal and giving, notwithstanding their intimidating appearance. This dog breed is gentle with children and also tolerates other pets in the family. However, the owner should display leadership qualities and be able to establish authority over the dog, to tame its aggressiveness.
Genetic Diseases
No specific problems or genetic diseases can be attributed to Bandog dogs. Some health issues, common in other dogs, may also be seen in them. Problems relating to bones, joints, muscles, nerves, ears, eyes, teeth and the mouth can also be experienced by this breed.
Grooming
Bangog dog breed is relatively low on maintenance. These dogs are easy to groom, due to their short hair. A rubber brush should be used to remove loose hair and a firm bristled brush to distribute the natural oils of the skin. Brushing will also promote good condition of the coat. These dogs are average shedders. 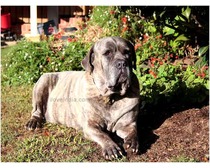 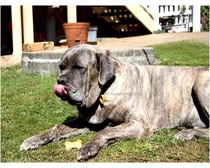