When one hears about Afro hairstyles, one is reminded of Venus Williams’ tightly braided hair and the little beads attached to them, which were the cause of distraction to every female player she played against. Stereotypes apart, afro hairstyles have always been considered the most difficult to maintain at best or, at worst, almost unkempt or barbaric. Still Afro American men, from Michael Jordan to singer Shaggy have always created style statements because of the way they style their hair (or the way in which their hair styles itself, whichever comes first!). Some Afro hairstyles are extremely complex and will demand a lot of maintenance and money for styling, while others for instance that of Bobby Farrell from ‘Boney M’, just needs us to let our hair grow amuck. Here are some Afro hairstyles that men can endorse. 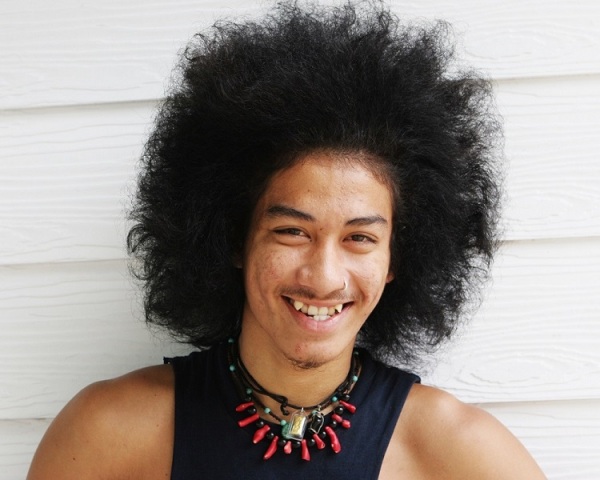 Afro-American Hairstyle For Men
Here are some examples of Afro hairstyles that men can endorse:
The Natural Afro Look
A natural Afro style could be considered as the large version of the Afro. It is referred to as a natural because it is the kind of hairstyle that comes to a person naturally and demands very low maintenance. A natural hairdo may be several inches long. Those who maintain this hairstyle keep a pick or a large comb to properly style it. This popular Afro hairstyle has been endorsed by many celebrities, from Michael Jackson to Ludacris. The best part is that to maintain a large Afro, one can either have it shaped by a stylist or let it grow freely.
Modern Afro Look
The typical modern Afro hairstyle comprises of all the elements of a natural Afro, but with a rather ‘modernist’ twist. In fact, one can, very well, create a number of variations of the Afro to suit one’s personal taste. For example, one style could require you to braid the front of your hair, and style the rest of your hair in an Afro puff. The other option is to wear a medium-length Afro, with a well-tapered back and sides. A sharp lining provides a neater spin on the Afro, making it a versatile hairstyle that can be worn to work or other social events. This kind of hairstyle is a favourite of celebrities like Will Smith.
The Well Coiffed Fro’
A well-coiffed fro' is a more contemporary version of the Afro. It's a medium-length version of the natural. Normally, a well-coiffed fro' is 1 or 2 inches long. Wearing this style allows you to go with a more chic style. Most of the time, this style of Afro has a more relaxed or natural lining. A well-coiffed fro' is a good option for individuals with kinky hair. This style of Afro is popularized by celebrities like Lenny Kravitz.
Some Tips
Here are some tips you could use for making Afro hairstyles
How to Cite

How To Create A Long Hairstyle