The history of embroidery dates back to the ancient period. Go through this article and check out interesting information on the background and origin of embroidery.

Embroidery is an art form, which adds elegance and grace to a piece of clothing. The value and worth of an outfit is increased, when intricate designs and beautiful patterns are embroidered onto it. A variety of patterns can be embroidered, in almost every type of fabric, with the simple use of thread and needle. Today, the art form has emerged as a profit making industry in itself, with heavy-duty machines being used for the same. When we go back to the history and origin of embroidery, we come to know that it were the artisans during the ancient period that hand-knitted different patterns and designs onto the clothes. To know more about the history and origin of embroidery, read on. 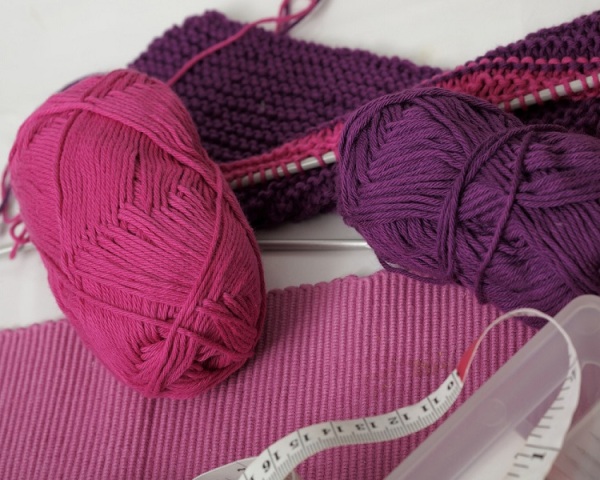 Interesting Information On Background & Origin Of Embroidery
The origin of embroidery can be traced back to the Iron Age, when man discovered that thread could be used to make clothes, by joining pieces of fur. With time, people figured out that decorative patterns on clothes could be made, by using the same thread. The use of colorful beads, stones and bones, as the embellishments for clothes, was discovered later on.
Another historical record shows that the art form was used by Ancient Egyptians, Babylonians, Phoenicians and Hebrews, to embellish their robes. The Moors also embroidered their fabrics. People in Spain and Sicily soon adopted the Moorish embroidery, which was greatly influenced by many European countries.
The samples of old embroidery works in the Middle Ages show that the art was used in both religious vestments and clothing. During the time, embroidered clothing symbolized wealth and prosperity. Affluent merchants were willing to pay a huge sum for embroidered fabrics, which often depicted scenes from history. The 231-feet-long Bayeux Tapestry, which portrays the Battle of Hastings in 1066, is a beautiful example of the marvelous art of embroidery, from this period.
Over the passing years, the art of embroidery gained immense popularity. The first commercial embroidery manufacturing unit was established by Jacob Schiess in New York in 1848. The Swiss entrepreneur commenced his own embroidery plant and began its operation within a year. Fifteen women were employed in his firm, to create exquisite handmade embroidery designs.
Artisans were unaware of machine embroidery until 1800s, when Joshua Heilmann from Mulhouse worked on the improvement of the design of a hand embroidery machine. Although it was not a huge commercial success, it revolutionized embroidery industry. This was followed by the discovery of shuttle embroidery and chain stitch embroidery methods, which further developed the art form. The use of shuttle embroidery method commenced in the 1860s.
The advent of the following decade, 1870s, marked the invention of hand-powered embroidery looms. During the period, around fourteen companies started manufacturing handloom embroidery machines in Switzerland. This contributed in revolutionizing the embroidery industry.
The first American to use mechanical embroidery process was Alphonse Kursheedt, who imported a dozen of the 'newly manufactured' handloom embroidery in 1873. Since the looms used multiple needles for embroidery, they proved to be more productive than the age-old process of stitching by hand. However, the machines were still powered manually.
Isaak Groebli of Switzerland invented the first Schiffli Embroidery machine, which worked according to the principals introduced by the 'newly invented sewing machine'. The machine combined threaded needle, with a bobbin of thread present in the shuttle.
Schiffli Embroidery machine was brought to America by Kursheedt in 1876. Embroidery machines were imported into northern New Jersey's Hudson County soon after the introduction of the machines in the United States. Around this time, Dr. Robert Reiner, founder of Robert Reiner Inc., of Weehawken, was appointed as the American agent of Vogtlandishe Machine Works of Plauen, Germany. He is considered as a major contributor in the development of embroidery industry in New Jersey.
The developments by Reiner helped hundreds of Austrian, German, and Swiss immigrants in New Jersey to start manufacturing embroidery. The embroidery industry flourished thereafter. However, in 1938, it faced a sudden downfall, when the two sources for the manufacture of machines, in Plauen (Germany) and Arbon (Switzerland), pulled their shutters down, due to World War II. The industry regained its momentum when Robert Reiner Inc. introduced the first American-made Schiffli machine, in 1953.
Over the passing years, many developments have been made in the embroidery industry. The production of embroidered fabric has increased manifold, in the present times. Today, computers have made the process of embroidery much easier. Many embroidery machines are specially designed to read a computerized design, as to stitch it onto the fabric. This way, the art has come a long way, from being handmade to computer-made.
How to Cite