Siamang gibbon is the largest & tailless species of gibbons, dwelling in rain & monsoon forests. Read this article to find some interesting facts & amazing information on the Siamang gibbons.

Siamang is a white-cheeked gibbon that looks very similar to monkey. However, it is a tailless, black-furred ape with the locomotion in trees. Siamang is different from all living primates - chimpanzees, gorillas, orangutangs and humans - in a way that it has two fingers on each hand that have fused together, hence it is also known as syndactylus. A diurnal animal, it lives in the rain forests and monsoon forests of Malaysia, Indonesia and Sumatra, dwelling on the upper-tree tops and not touching the ground very often. Siamang gibbons mostly delve on plant foods: leaves, shoots, fruits, but can also feed on eggs and bird eggs.Theydo not do very well in captivity, as they are very territorial. In fact, at times, they may own a territory of as much as 50 acres. A decrease in population of this beautiful animal, because of hunting, poaching and habitat loss, is a major concern today. Read on to know some more interesting facts and amazing information on the endangered Siamang Gibbons. 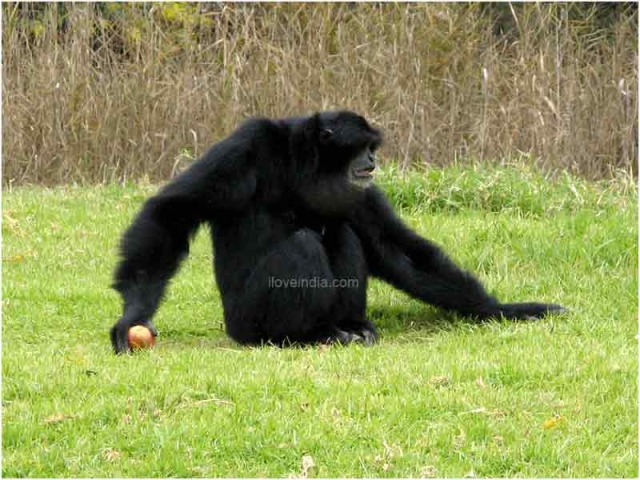 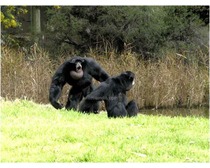 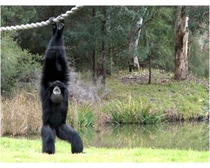