Get rid of the aging, wrinkling and other skin related problems with the help of a magical injection. Go through the article, to get detailed information about mesotherapy, its uses and side effects.

Mesotherapy was discovered by a French doctor Dr. Michael Pistor in 1952. A non-surgical cosmetic medicine treatment, mesotherapy involves dissolving of ugly cellulite in the body. Over the years, the procedure has gained immense popularity and is increasingly used for body sculpting, skin rejuvenation and cellulite reduction. Mesotherapy targets the problems with microinjections of conventional medicines, vitamins, minerals and amino acids. These injections contain medicines that are highly specific to the condition being treated, making the treatment faster and more effective. Mesotherapy involves injecting small quantity of drugs into the middle layer or mesoderm of the skin, at multiple points on the affected area. These drugs are a combination of plant extracts, minerals, enzymes and fat-dissolving elements that help in nourishing and rejuvenating the metabolism of the body and promoting the production of collagen and elastin. The treatment is becoming increasingly popular because of its less painful and more effective methods. 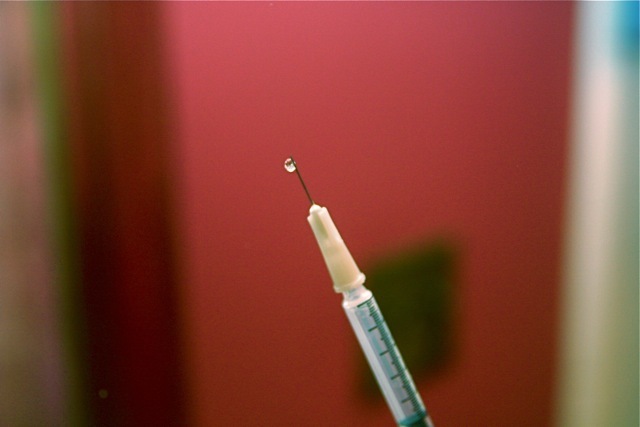 Image: [email protected]
Mesotherapy Uses
Body Contouring
Mesotherapy helps in the delineating of arms, abdomen, legs and the entire body. Lipodissolve agents are used in mesotherapy to remove the fat by blocking the internal signal of fat uptake. The process helps in triggering the fat release, improving blood circulation and burning energy. Vitamins and amino acid, on the other hand, are used for tightening the sagging skin, giving you an athletic and improved appearance.
Cellulite Reduction
Cellulite or adipose tissue is a problem that affects majority of women over 20 yrs of age. It is caused because of poor circulation, fat herniation, weakening of connective tissue, lymphatic congestion and few hormonal changes. Cellulite appears in the subcutaneous level of the skin tissues, where the fat cells are arranged in chambers surrounded by connective tissues called ‘sepatae’. Cellulite occurs when the fat cells in the area, retained with water, expand and make the connective tissues stretch.
The connective tissues contract and harden because of the pressure implied on them by the fat tissues. This impact on the connective tissues hold the skin at a non-flexible length, while the surrounding tissues continue to expand with weight gain, causing certain areas of the skin to bulge outside. Mesotherapy is used to correct these weight gain problem by improving the circulation, strengthening the connective tissues, removing fibrotic and hardening connective tissues, by improving lymphatic drainage and dissolving excess fat.
Hair Restoration
There are many people, both men and women, who suffer from hair fall problems. Hair fall generally occur due to poor blood circulation to the scalp, nutritional imbalances and excess of DHT, a hormone in men. Mesotherapy treatment can help you get rid of the hair fall problem, by improving the circulation to the scalp and by stimulating the scalp to naturally grow the lost hair.
Face & Neck Rejuvenation
With accumulation of fat, loss of skin elasticity and excessive free radical damage signs of aging, sagging and wrinkling of the skin takes place. Mesotherapy treatment infuses potent antioxidants and amino acids into the corium at the level of contact with cellular matrix. This supply of antioxidants and amino acids to the skin reverses the effect of free radical damage and helps in tightening the loose skin. It helps in rejuvenating the face and the neck skin, without the unnatural appearance and downtime recovery period.
Facial Pigmentation
Certain facial pigmentation like the Melasma, post inflammatory pigmentation, black discoloration around the eyes and pigmentation due to sun damage caused in an individual can be effectively cured and controlled by using some mesotherapy solutions. Mesotherapy best solves such facial pigmentation problems.
Eye Bags
Mesotherapy provides a very effective treatment called the Blepharoplasty for the problem of bulging fat under the eyes. The treatment followed under mesotherapy does not require surgical removal of accumulated fat.
Double Chin
Infection lipolysis can be dealt with the help of mesotherapy, using different fat dissolve solutions, which help in curing the double chin problem. The result of this treatment is very fast, as the area to be treated is very small. Mesotherapy uses a combination of medicaments, to tighten the skin. The lipolysis agent used along with medicaments further compliment the treatment process.
Side Effects
How to Cite