Whenever you plan to go on a tour of the southern parts of India, make sure to include Chennai (Madras) in your itinerary. Chennai, the capital city of Tamil Nadu is known for its cultural heritage and boasts of magnificent beaches, amazing monuments and revered worship places. Since the city is the largest commercial and industrial center in South India, people travel here for business purposes too. The tourist attractions of Chennai include Kapaleeswarar temple, Fort St. George, Valluvar Kottam, Marina Beach, Santhome Cathedral whereas some of the popular excursions from Chennai city include Mahabalipuram, Thanjavur, Muttukadu etc. 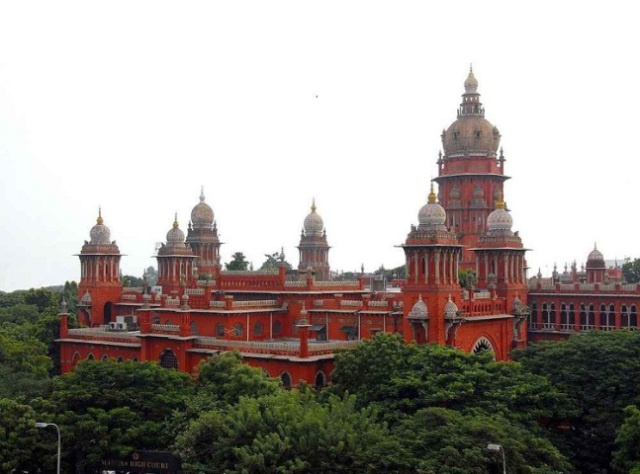 Tourist Attractions of Chennai
Kapaleeswarar
Kapaleeswarar temple, built in the Dravidian style of architecture, is dedicated to Lord Shiva. One of the major attractions of Chennai, the temple dates back to the year 1250 AD. Magnificent gopurams and mandapams adorn this architectural beauty.
Fort St. George
Fort St. George served as the first citadel of the British in the Indian subcontinent. Even though it has been renovated to quite an extent, it still retains some of its original embellishments. One such item is 46 m high flagstaff at the front, a mast recovered from a 17th century wrecked ship.
Valluvar Kottam
Valluvar Kottam is a magnificent structure, built in commemoration of the acclaimed Tamil Poet, Thiruvalluvar. It dates back to the year 1976 and has been built as per ancient Tamil architecture. Adorning the panels of Valluvar Kottam are 1330 Kurals (verses).
Marina Beach
Marina Beach is one of the most famous as well as most beautiful beaches of Chennai. Spread over an area of approximately 13 km, the beach has mounds built to honor the efforts of Anna Durai and Vivekanand.
Santhome Cathedral Church
Santhome Cathedral Church was initially built in the year 1504. Later, in 1893, it was reconstructed as per neo-Gothic style. It is a roman catholic church and is believed to house the remains of St. Thomas the Apostle.
Chennai Excursions
Mahabalipuram
Mahabalipuram, the erstwhile capital of the Pallavas, dates back to the 8th century. It is also known as Mamallapuram and boasts of some of the finest rock cut caves and sculptures in India.
Muttukadu
Muttukadu, the site for Dakshinchitra handicraft village, is located 30 km to the south of Chennai. The village, built as per traditional architecture of the 19th century, is quite popular for sculptures, ceramics and glass objects.
Thanjavur
Thanjavur, once the capital of the Chola dynasty, is the culture capital of South India. One can find a number magnificent temples here. The city is also quite famous for the art of developing bronze figures.
Crocodile Bank
Crocodile Park is located on the Mahabalipuram road and is known for housing a significant population of Indian crocodiles, African crocodiles and Alligators. It is spread over an area of 3.2 hectares and was established in the year 1976 by Romulus Whitaker, a herpetologist.
Hotels in Chennai
Chennai and its surrounding areas have remained important administrative and economic centre for long. Being the capital of Tamil Nadu, Chennai is one of the biggest metro cities of India and also exhibits the true character of a modern day metropolis. People travel to Chennai for various purposes such as business, education and holidays. As far as accommodation in Chennai is concerned, there are different categories of hotels in Chennai, which cater to the needs all types of travelers.
As an important metropolis of India, Chennai offers world class & luxurious accommodation in various 5 star, 5 star deluxe and 4 star hotels. Some of the notable 5 star hotels in Chennai are ITC Hotel Park Sheraton & Towers, Le Royal Meridien, Taj Coromandel, Radisson GRT & Trident Hilton. All of these hotels are known for their hospitality, services and ambience. Chennai city also boasts of some magnificent 4 Star, 3 star and budget hotels. Some of the often recommended hotels in Chennai are Ambassador Pallava, GRT Grand, Aadithya Hotel, Courtyard by Marriott and Ramada Rajpark.
How to Reach Chennai
By Air
The main airports of Chennai are the Kamaraj Domestic Airport and the Anna International Airport. Both of them are situated 20 km from the city and are connected with all the key cities of India as well as the world.
By Rail
The main railway stations in Chennai are those of Madras Central and Egmore. A wide network of railways connects the city with all the major locations in India.
By Road
A good road network links Chennai with the major cities of Tamil Nadu as well as the neighboring states.
How to Cite