Tata Indica Dicor is another car that has been launched by the Tata camp and was showcased during the Auto-Expo 2008 in India. Check out features & specifications of Tata Indica Dicor.

Another winner from the Tata camp, the new Tata Indica Dicor was launched in 2008. Indica has been on a learning curve ever since it was launched way back in 1998 and it has kept improving either by the way of more powerful engines or better quality overall. The latest Indica Dicor moves a step ahead in performance than the traditional Indica, the car gets its power from a 1396 cc engine, which gives fantastic performance in heavy city traffic conditions. To know more about the engine, design and variants, browse through the following lines. 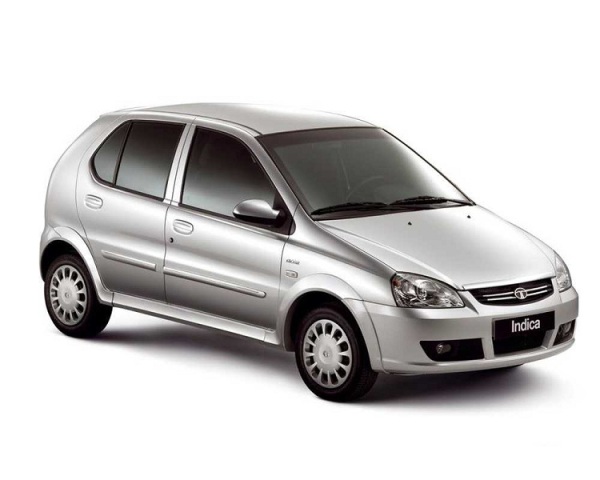 Engine
The engine delivers a performance that is at par with excellence. The car has a 475 IDI with Microprocessor based Engine Management System (ECU) with 4 inline cylinders and a piston displacement of 1405 cc. The torque is flat and around 140nm at 1800 - 3000rpm, which makes it smooth to drive on a low speed at a high gear. The Dicor produces a maximum power of 70bhp at 4000rpm. There is minimal lag and the gearshift has convincingly improved and is smoother than the earlier models.
Design & Interiors
Tata Indica Dicor has a length of about 3690 mm, a width of about 1665 mm and a height of about 1500 mm. Shedding off its conventional look, the insides of the revamped Tata Indica Dicor boasts of good quality plastics, trim and fixtures. A hatchback look, the vehicle has four-door and has a maximum seating capacity of five people. The car offers he most generous amount of leg space, knee space and head space.
The exterior of the vehicle is impressive with its DiCOR tag in the boot lid, clear lens headlamps, tail lamps, side repeater lamps, body colored bumpers and wheel arches. The wide-opening doors of the hatchback make entering and exiting convenient as well as easy. Though the basic interiors of the vehicle remain the same, an addition is made in the new Indica - it boasts of fabric inserts in the doors.
Safety
Tata DICOR offers all the basic safety features, such as door intrusion beams, seat belts, rear door child locks, anti-submarine seats and collapsible steering wheel. The hatchback proves to be extremely safe on road.
Variants & Price
The all new Tata Indica Dicor has only one variant - the DLG. Modestly priced, the latest offering from Tata on the Indica Dicor is accessible in a little over 4.5 lakhs.
Technical Specifications
How to Cite