Whales are classified into seven types. Explore the article to get information about the seven different types of whales - the world's largest marine mammals.

Humankind has always been fascinated with the life under water. Since ages, scientists have been going deep into the sea, to explore the diversity of marine life. Whether small or big, marine animals have been studied carefully by the researchers. One such living being that has always fascinated people is whale - a gigantic creation of Mother Nature. Whales are some of the biggest mammals known to human kind. We are well acquainted with Blue Whale, as it is the largest marine mammal on earth. However, hardly a few of us know much about the six other types of the marine mammal. Go through the following lines to explore the different types of whales. 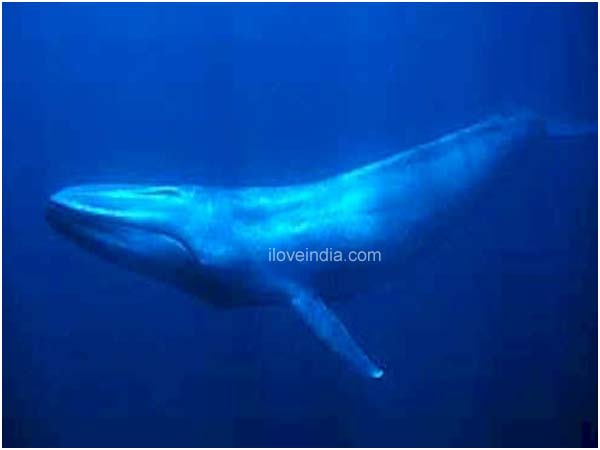 Seven Different Types Of Whales
Blue Whale
The scientific name of Blue Whale is Balaenoptera musculus. The marine mammal can be as long as 108 feet and weigh 172 metric tonnes or even higher. It is characterized by long and slender body, with various shades of bluish-grey in its dorsal area and a lighter shade underneath the body. Until the advent of the 20th century, Blue Whales were found in abundance in almost all the five oceans. However, in the present time, they are found in small numbers only and are confined to the North-East Pacific, Antarctic and Indian Ocean groups.
Orca Whale
Orca Whale (the scientific name is Orcinus orca) or the killer whale is the most ferocious mammal in its class. An adult Orca Whale can be as long as 105 feet and weigh up to 200 tonnes. Orca Whale is characterized by black back, white chest and sides, and a white patch above and behind the eyes. These whales are born with a yellowish tint on their skin, which fades away and becomes white, as they grow older. Orca Whale is the largest species of dolphin family and is found in abundance in all oceans. Although named 'killer whale', it does not pose a threat to human life.
Humpback Whale
Humpback Whale, scientifically Megaptera novaeangliae, is also called Baleen Whale. The length of an adult Humpback Whale may range from 40 to 50 feet, while its typical weight is 36000 kg. It is characterized by a distinctive body shape, with long pectoral fins and a knobbly head. The mammal shows acrobatic skills, by breaching and slapping the water. Most of the seas and all the oceans around the world serve as the habitat of Humpback Whales. However, like other mammals in their class, these whales have also fallen victim to over-hunting, leading to a drastic shrink in their population.
Beluga Whale
The scientific name of Beluga Whale is Delphinapterus leucas. It is also referred to as White Whale. An adult male Beluga Whale weighs between 1100 and 1600 kilograms, while its female counterpart would weigh somewhere between 700 and 1200 kilograms. It is around 15 feet in length. Beluga Whales are characterized by gray or brown colored skin, when born. The skin color fades away with time and becomes white or whitish grey color, when the whales grow older. Beluga Whale has an oily, fatty lump of tissue at the center of its forehead. It typically thrives in Arctic and sub-Arctic waters.
Fin Whale
The scientific name of Fin Whale, also called Finback Whale, is Balaenoptera physalus. 88 feet length and weighing about 70000 kg, Fin Whale is the second largest whale in the world and also the second largest living animal on earth. It is characterized by brownish grey top skin color, with a whitish ting in its underside. Its snout is pointed and it has paired blowholes and a flat, broad rostrum. Fin Whale thrives in almost all the major oceans of the world - from polar to tropical waters. However, due to excess hunting, it has been categorized as an endangered species.
Gray Whale
The devilish looks of Gray Whale (Eschrichtius robustus) make it the most ferocious whales in its class. With an average lifespan of 50 to 60 years, an adult Gray Whale weighs 36 ton and grows up to 52 feet. Due to its fighting behavior, when hunted, Gray Whale is often termed as Devil Fish. It is characterized by dark slate-grays skin color, with gray-white patterns all over its body. Gray Whales are found in North Pacific Ocean, while their population is endangered in Western North Pacific and almost extinct in North Atlantic.
Sperm Whale
Sperm Whale (scientific name is Physeter macrocephalus) is known for being the largest toothed mammal on earth. The whale has been named after the milky white waxy substance that is deposited in its head. The substance was originally mistaken for sperm and this is how the whale got named. It was later that the mistake was realized, but the name remained unchanged. An adult Sperm Whale is as long as 67 feet, while it can weigh up to 57000 kg. It is characterized by a large head and unique body shape. It is very easy to identify this whale, since it doesn't have any dorsal fin. 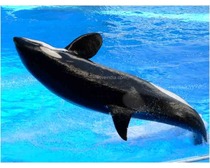 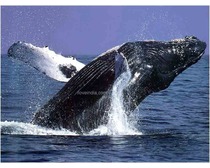