You can now keep an easy tab on the whereabouts of your children with GPS enabled tracking devices. Read how GPS devices can be used for tracking a child.

Tracking Your Children With GPS

It is quite natural for parents to feel concerned about their children, especially when they are out of sight. Remember that feeling of sheer helplessness when you were unable to spot your little son / daughter in the crowded shopping mall or when your eight-or-so year old daughter / son failed to return home on time from a friend’s birthday party? These occurrences are fairly common and parents, therefore, have kept resorting to newer means to ensure their child’s safety. The latest one is tracking children with the GPS device. 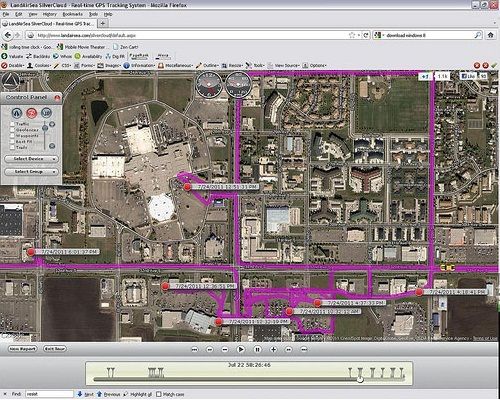 What is GPS
The GPS stands for the Global Positioning System. It is a system of the satellites, originally created for government security and surveillance. With time, it has found other uses as well. The GPS technology today permits a person to pin point the precise site where another individual is. But for this to happen, the other person (in this case - a child) should be in possession of a GPS-enabled device, like watch or maybe a mobile phone, that can tracked and monitored through a PC or personal tracking device.
How Does It Work
The GPS-enabled tracking devices can be set to keep a tab on / monitor a particular area or zone. Now, whenever your child leaves the zone, the GPS-device he/ she is carrying will automatically begin tracking. It will also alert you when the child has stepped out of the specified zone. Certain sophisticated models of GPS tracking devices can nowadays also monitor information such as heart rate, blood pressure and body temperature. Kids can be given such a bracelet to track their movements. GPS system installed in a teenager’s car can help track it too.
Types Of GPS Trackers
Data Loggers
A GPS Data logger secures the position of the device in its internal memory. This is done by the device at regular intervals. The modern GPS loggers contain a memory card slot or internal flash memory and a USB port. Some of these devices act as a USB flash drive. In such devices, track log data can be downloaded in a computer and analyzed further. Data loggers are popular with sports enthusiasts. They can carry it in an outdoor sport and analyze their performance after returning, for ex- calculating the length and duration of the sport trip.
Data Pushers
This GPS device is mostly used by the security industry. At regular intervals, it sends the position of the device to a determined server that can analyze the data instantly. This device is as inexpensive as a mobile phone. The applications included in this tracker are fleet control, animal control, stolen vehicle searching, espionage services and internet.
Data Pullers
Data pullers are those GPS devices that are always-on as contrary to a Data Pusher that sends information at regular intervals. These devices can be queried as often as required. A computer connected to the internet and running GPSD is an example of a data puller. This GPS technology is not used widely. Data pullers are more being used in the form of devices attached with a GPS receiver and a cell phone.
How to Cite